Testing is just about listening

Next week will be a big week for us. Finally we are rolling out of beta phase. For some this is an anticipated outcome, for some it’s a time to get to know Sniffie Aada, as we will turn current beta into legacy mode. For what we have worked on in last 12 months is now a reality, and much more ambitious than we expected. Thanks to a bold customer testing strategy. Let me tell you an example.

Customer need, do I understand it?

I met a fellow founder in Berlin today. Last time we met was three weeks ago at his office in Berlin, while were doing an excursion to their business and office. Now, while I was presenting our product to prospects, he listened and came back to me once everyone had left. He was impressed; but more importantly he was interested how we keep the customer in focus. Something, if you are not a founder, isn’t keeping you up in the night. But when you are a founder building a business, you know what sleeping in wet linens mean. That is your burning problem.

While we were sparring each others on the subject I noticed how similar the challenges were. No matter what size of a company you are, you are either pro customer feedback or not. Pick one or the other. Testing in itself, is not a process nor an approach; it is a way of doing business. Let me give you an example.

Last week we had few new ideas we wanted to test out with our current customers. We sat down with Fredrik (Head UX) and Ossi ( CFO/CSM) to discuss about the new ideas. We went on and on about the previous customer discussions, feedback and needs we had understood. Based on these we decided to add new features to our software. More importantly; we decided to speed up the test and give those features a spin in just 3 days time in Berlin on an ecommerce exhibition. Hell, there were hundreds, if not thousands of people to gather information from. A deadly manouver on anyones standard. But we wanted to use the opportunity to test our idea, no matter how risky it was.

We decided to build mockup features alongside our new working features, show it to customers on top of a fully working product and gather feedback.

So I prepared the workflows, UI sketches according to customer wishes in couple of hours and Fredrik started working. A day before the exhibition Fredrik shows me the end result and I love it. Two hours later he comes back, just to tell me that the workflow I made aren’t good enough. For the next 8 hours, I don’t hear from him. 3 am on the day of the exhibition, he sends me a message in Slack. It’s ready, implemented and done according to new sketches.

I open my laptop and test it. It works well, does the trick and I learn quickly myself how to present it. We train 5 minutes with Mikko for the presentation workflow and head to the breakfast.

Change, test, keep it or kill it

We had changed everything in just few days before the exhibition. Value proposition (to meet our new vision), ordered a new pop up stand (two days before the event from UK) with the value prop and tested new experimental features although we had a fully functional new product at our hands; why?

Because learning is always more valuable than being sure of the end result and being safe. Yes, things could have turned sour and they did; partly. The electonic cords were with UK ends and the stand was with several problems. We took the night to find adapters, fix the issues and accepted the mistakes. In the morning we had everything up and running. Now we waited.

The most important detail comes in side sentence

Immediately when the exhibition opened we noticed our new value prop pulled people to our stand. It promised a lot. Sniffie – We make pricing simple. And we will. But the main thing we found was that our new value prop had created an anticipation that the earlier product did not meet. So I pulled out Holle’s new features and presented those as rehearsed. First there was silence; then amazement. I knew, our test had succeeded. I sent a message to the office: This works, we got it.

Testing is too often too big of a word

I believe you should get the results always with a minimum efforts. We had developed new vision, roadmap and strategy in just matter of weeks. We tested in live customer interaction how the position, value prop and product performed together. Simple as that. CEO, me in this case, carried out the test with our beloved Sales guru Mikko Kauppinen. We didn’t have focus groups, developers, interviewers, test platforms or even documented test plan. We just presented the product and listened to the reaction. Human to human. Mano a mano. But there it is; we listened and confronted the people as human beings. Testing is about openly listening, connecting to another peson. We showed we wanted to hear your opinion and act according to that. Now we know what people liked in our idea and what should be added. We will add those features during next weeks and add it to the product as functional features.

So next time you think of testing start it with a conversation. Paint the idea in the air, test it and move only then. Unless you can convince someone to buy your idea, it most likely isn’t worth pursuing. That is being customer oriented as a company.

Thank you Berlin, you were good to us.

Check out our latest blogs 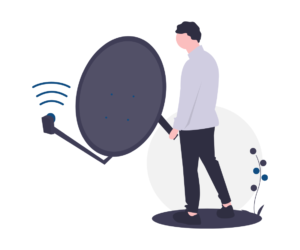 We are having some problems with one of our servers, resulting in connectivity issues with some accounts. Our engineering team is resolving the problem. 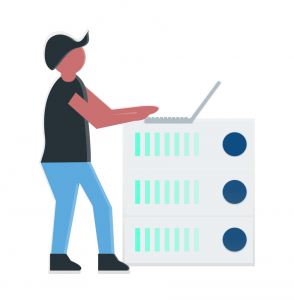 Hello! Our engineers are performing a planned server maintenance this week on Friday 20th and Sunday 22nd November, 2020. The maintenance starts on Friday evening

Hello! Our engineers are performing a planned server maintenance on Thursday 29th October, 2020. The maintenance starts at 6PM Helsinki time and lasts for about